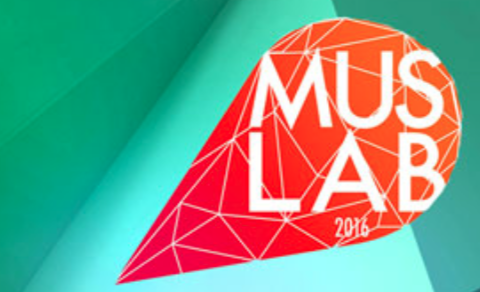 • • Short • The work is about the musical phrase as a container of conflicts and about the idea of “unity”. The latter is refined into its opposite, the extreme fragmentation and subsequent reunification through chains of not causal events (Markov’s chains). By relating created objects, it could be drawn trend lines. Verso is an oriented movement, a representation of one of the quality of space (uni-verse: movement towards the whole). • • • Long • The work is about the musical phrase as a container of conflicts and the research for the formal and perceived unity from fragmented elements. The sounds – generated or recorded – are fragmentized through several software patches controlled by a code that reads Markov’s chains: every couple of numbers contains an index and a number associated with a specific sound movement or transformation. Every audio file is read in several ways and various times; it is fragmented into segments, stretched and mixed with other elements through gradual stratifications. The material created is put in relation and, finally, chosen to derive music lines. Every movement of the piece is characterized by two main ‘lines’ (‘tonic’–‘dominant’ or ‘main foreground’–‘main background’). In order to try to represent the contrasts which lead to unity, the emphasis is also put on the dialectics between ‘rationality’/’intuition’ and ‘rule’/’derogation’, to look for a formal cohesion, able to strengthen expression.  • • • • MUSLAB – Mexico City (2016)NYCEMF New York City (07-16-17)EAR LAC – Lugano (11-01-19) https://youtu.be/AEw9vy_I6WI